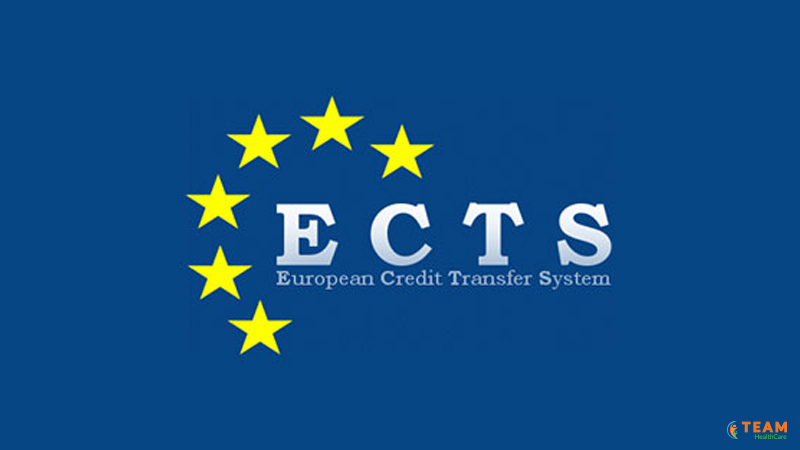 ECTS is a credit system designed to make it easier for students to move between different countries. Since they are based on the learning achievements and workload of a course, a student can transfer their ECTS credits from one university to another so they are added up to contribute to an individual’s degree program or training.

ECTS helps to make learning more student-centered. It is a central tool in the Bologna Process, which aims to make national systems more compatible.

ECTS also helps with the planning, delivery and evaluation of study programme, and makes them more transparent

How do ECTS-credits work?

ECTS credits signify the load or stress of courses of study and elaborate the learning results of a given MBBS. If and MBBS student acquires 60 credit then it is equivalent to the complete year of work, in an average medical year, 60 credit usually divided into smaller modules. A classic first cycle or MBBS, degree contains 180 – 240 credits. Whereas a master’s(MD/MS)Degree, Contains 90 -120 credits. Having minimum 60 credits at masfer’s degree, the importance of ECTS at the Ph.D. level differs. ECTS is famous and accepted in several countries in the European union for higher education. Whereas , (EHEA). And is progressively used in other countires.

Why is it needed?

ECTS also makes it possible to merge different types of learning, such as university and work-based learning, within the same programme of study or in a lifelong learning perspective.

HOW MANY CREDITS NEED TO BE COMPLETED IN A YEAR?

A student needs to complete 60 credits per year , which means around 1800 housrs of study .credits worth for bachelors and masters are given below.

Transcripts are being prepared consisting the record of a student who is participating in this system. A duplicate of the transcript is given to the candidate also which is exchanged between the host and home institution after the completion of course in abroad.

ADVANTAGES OF ECTS FOR STUDENTS

ECTS also makes it possible to merge different types of learning, such as university and work-based learning, within the same programme of study or in a lifelong learning perspective.

ECTS CREDIT CALCULATION
ECTS credit depends on different countries , not every country creates the credits equally.
Depending upon a country ne ects credit could be equal to 25 -30 hours. For example :

The Bologna Process is a collective effort of public authorities, universities, teachers, and students, together with stakeholder associations, employers, quality assurance agencies, international organizations, and institutions, including the European Commission.

The main focus is:

The name “bologna” comes because the process was proposed at the University of Bologna with the signing, in 1999, of the Bologna declaration by ministers of education from 29 European countries in the Italian city of Bologna. This was opened up to other countries, and further governmental meetings have been held in Prague (2001), Berlin (2003) and Bergen (2005);

Widely differing education and training systems in Europe have traditionally made it hard for Europeans to use qualifications from one country to apply for a job or a course in another. Increased compatibility between education systems makes it easier for students and job seekers to move within Europe.

At the same time, the Bologna reforms help to make European universities and colleges more competitive and attractive to the rest of the world.

The Bologna Process also supports the modernization to make sure these meet the needs of a changing labour market. This is important as the proportion of jobs requiring high skills grows, and the demand for innovation and entrepreneurship increases.

The EHEA / BFUG members are 48 countries and theEuropean Commission.

The major benefits for Indian students who complete their medical education from “Georgian universities” will be eligible to work anywhere in Europe without any exams or process.